“Why does it hurt again?”

Have you ever had an injury that you thought was resolved, but then one day you realize it’s beginning to hurt again? Did you think that you would have to live with this pain for the rest of your life?

If you are dealing with persistent pain and would like to know how we can help, call or text Carter Physiotherapy at (512) 693-8849.

Many of our patients tell us similar stories about a pain/injury that would resurface now and again, sometimes completely debilitating them—or at least keeping them from being able to exercise for a while. And unfortunately, many of them thought they would “just have to live with it.” They assumed they’d even be occasionally laid up by it … until they found us.

If it’s starting to hurt again, does that mean it will never heal?

It is not uncommon for some symptoms to return after you think your issue is resolved. In fact, now and again, some symptoms may return in our patients even after we have completed a successful course of therapy and the patient left the clinic pain-free and highly active.

If you achieved pain-free status in PT before, it can be done again!

However, it is important to address the return of pain as soon as possible so it doesn’t become a bigger issue that takes multiple treatments to resolve.

For example, I experienced exactly this situation when I was a young therapist. I had been traveling for work, and when I returned I was having some intense low back pain. I knew that with a few treatments and some modification in movement that I would feel better fairly quickly. And that is exactly what happened. In 4-5 days, I was feeling much better after some much-needed treatment.

What would make it hurt again?

So what did I do after a week of feeling really good? I decided it was a good idea to go hit some golf balls at the driving range.

My symptoms came back even though I had been feeling great. I had no complaints of pain with any movement, but I decided hitting 30 golf balls would be alright. Just that little strain of hitting a few chips brought my pain back.

I should’ve known better being a physical therapist. But I was feeling so good it was hard not to get out and test it a bit. The great thing was that I had access to great manual therapists who could fix me right up. I was back on the golf course the following week with no restrictions at all.

You do not have to live with the pain

The take-home point is this: Don’t let a little return of symptoms keep you from the things you love. If it was fixed before, it can be fixed again.

Sometimes a fire is not always out just because there aren’t flames. Fortunately, if you can address your symptoms quickly, they should resolve quickly.

Request a call with one of our Austin-area physical therapists if your injury has started to hurt again. We can get you back you to doing the things you love.

Are You Dealing with Nagging Back Pain in Austin that’s Affecting Your Ability to Work, Exercise, or Have Fun? 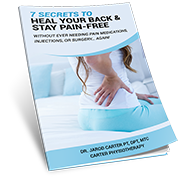 Click Below to Learn The Top 10 Causes of Running Injuries and How You Can Recover Faster if You’re Injured in Austin: 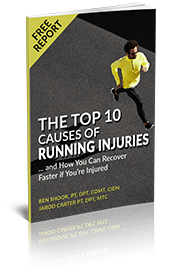 As running injury experts, we find ourselves repeating the same 10 tips to injured runners all the time, so we decided to create a quick-to-read report with this mileage-boosting information and give it to you for Free.